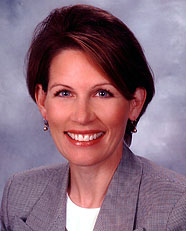 (I was elected to Congress on a fear campaign)

Marriage= one man + one woman – If I never see that sign again, it’ll be too soon.

I worked a brief stint at the Minnesota State Senate during the 2004 legislative session. That was the year God-fearing Senator Michele Bachmann worked her hateful butt off to add an amendment to the Minnesota Constitution that defined marriage as one man and one women. Despite the fact that gay marriage is already against the law in Minnesota, Bachmann wanted an amendment made that would make judges unable to overturn this hate-filled law in the future (so MN could not do what California did). Bachmann thought that gay marriage was an issue that voters should decide. Um, NO! Did voters decide if heterosexual people should marry? No, they did not. So then why would it be fair for gay marriage to be decided by the public. I’ve heard all the arguments and they are all ridiculous. Homosexuality is not the same as polygamy, bestiality or necrophilia so stop comparing them!!

A marriage between two of age and consenting individuals should be an American’s basic human right. Basically, to me (and other educated /non hateful people), it’s a NON ISSUE. Just like burning the flag, the gay marriage debate was created to again distract the American public from any REAL issues. Basically, Michele Bachmann is one of those people who hates gays because of her “religious beliefs.” Can you say separation of church and state!?! Again, this is a lame excuse. Sorry Ms. Bachmann, but you don’t know what God hates, loves, tolerates, approves or disapproves of by interpreting a book written by men (sorry Mary Magdalene…your words missed the final edit).

(I think about Anderson Cooper while making love to my wife)

Each day, protesters would come to the Minnesota State Capitol waving their signs and yelling about this marriage amendment nonsense. It got rather annoying. But I was most appalled, not by those in support of the bill’s hate speech, intolerance and utter ignorance, but by their style of dress. Each day I saw an outfit that was more offensive than the last. But the worst offenses of all came in the form of ankle length jean skirts, the ankle length long-sleeved floral dresses and the floor length pony tails. It seemed as though every woman who protested in support of Bachmann’s amendment sported this look. I felt like I was in one of those religious cult reenactments on the History Channel. Or on an episode of Big Love. By the end of that year’s session, it was too much to take. Thankfully, the bill failed miserably and I think it had a lot to do with the proponents fashion sense. Just like you don’t take a person seriously who wears a chicken suit or his or her underwear over their clothes,  you NEVER take seriously a women in an ankle-length jean skirt with an elastic waistband and a floor length pony tail held with a decorative scrunchie. You just think, obviously they are mentally deficient, briefly empathize and then walk on past. Therefore, you definitely would disregard any legislation that they feel so passionate about to be complete rubbish. Sure I once longed for hair that touched the floor too, but I was six years old and had just watched Crystal Gayle on Sesame Street. Needless to say, I got over it by the time my permanent teeth came in.

So here is my advice to the hate mongers of the country who waste their time trying to legally put a stop to people professing their love for one another in public or expressing their love through marriage, DON’T WEAR UGLY CLOTHES! If you want to get into the heads of the sane (i.e. me and my non hating team), dress the part. It probably won’t help you in the after-life, but it may just help you get further in your quest to rid this country of those pesky equal and civil rights of ours. No one cares what YOU believe to be God’s will, we just want equal rights across the board. 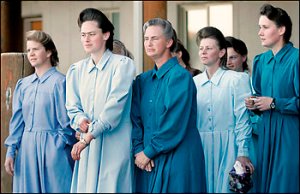 FACT: You can still dress conservatively without looking ugly… 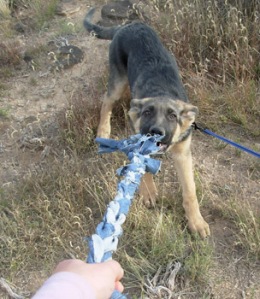 See…there are better uses for that ankle-length jean skirt!

Good luck in your hate quest!